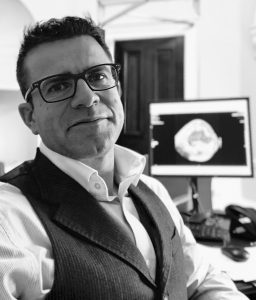 Stephen Guy has been appointed as a consultant trauma & orthopaedic surgeon with a specialist interest in knee surgery since 2011. He took over the complex and challenging NHS practice of Steve Bollen, an internationally renowned knee surgeon. He has a deep understanding and experience of knee conditions, performing hundreds of procedures per year ranging from simple key-hole procedures to complex multi-ligament reconstruction.

Mr Guy studied at the University of Newcastle upon Tyne undertaking an extra research degree and being voted into the position of President of Newcastle Medical Society. He then studied in both the North East and Yorkshire, receiving a national award from the Royal College of Surgeons of England for surgical training. He tailored his training to work closely with skilled, experienced knee surgeons during higher surgical training. He polished off his education with two prestigious knee fellowships working initially for Mr London in Harrogate and finishing with a further year with Mr Sutton and Mr Brown in Sheffield. He also complimented his training with a diploma in Sports & Exercise Medicine.

Since appointment, knee service improvements have been implemented by Mr Guy and his team to improve patient care. Knee injuries are now triaged to allow quicker diagnosis by utilising specialist multi-disciplinary musculoskeletal (sport injury) clinics and same day cross-sectional imaging (MRI). He has promoted research opportunities by having a senior elite-level research physiotherapist in clinic, working with local Universities to facilitate research including setting up clinical trials.

He is currently supervising MSc and PhD projects at the University of Leeds and the University of Bradford. He has also set up and chairs regular meetings for the sports knee surgeons in the Yorkshire region. He has written original research articles in peer reviewed journals including randomised control trials looking at knee controversies. He also peer reviews articles for the national knee surgery journal. He has treated athletes in multiple sports that represent a broad spectrum of activity levels from the elite athlete representing Great Britain to the aging part-time weekend warrior (to whom he has a warm affinity).  He is also lead clinician for Trauma at Bradford Royal Infirmary.

He has always been a keen sportsman being captain of his first XV and representing Yorkshire at rugby union. He still is passionate about sports and manages to play veterans rugby, cycle, run half marathons (weekly!), play 5-a-side football, tennis, participate in cross-fit and do some pilates when not spending time with his (understanding) wife, 3 children and his beloved pointer! 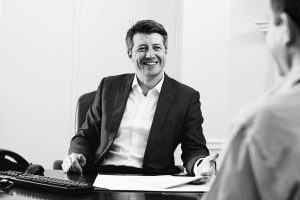 Jonathan Power has specialised in Sport and Exercise Medicine since 2010.  He currently works as a Consultant in both International sport with England Football and in clinical practice.

He gained his medical degree from the University of Leeds in 2001 and before specialising in sport and exercise medicine, gained a broad range of experience in musculoskeletal medicine, critical care, emergency medicine, anaesthetics and general practice.  In 2010 he joined the National Sport and Exercise Medicine Specialist Training scheme.  He gained a distinction from the University of Nottingham for his MSc studies and undertook research into physical activity during pregnancy.  He was awarded the Macleod medal for his performance in the national sport and exercise medicine diploma exam and was awarded the Membership of the Faculty of Sport and Exercise Medicine and subsequently elected as a Fellow of the Faculty in 2014.

His experience in elite level sport is diverse.  He was until recently Head of Medical Services for Leeds Rhinos RLFC and Yorkshire Carnegie RUFC.  Previously he has provided medical services to the RFU, British Swimming, British Diving and was Team Doctor to Team GB at the Australian Youth Olympics in Sydney.  During the London Olympic and Paralympic Games he was lucky enough to work as Field of Play Team Leader for Aquatic sports and Basketball, an experience that will not be forgotten. Currently employed by the FA as a Doctor to England Football Senior Men’s Team.

He aims to use the apply the same high standards required in the elite athletic environment to all his patient assessments.  All treatment plans are tailored towards individual patient goals – whether you are a 35 year old iron man triathlete or a 70 year old novice fun runner.  He aims to take great care in explaining clinical problems and treatment plans to enhance understanding.